Supersymmetry, String Theory, and the quest to learn the underlying laws of nature 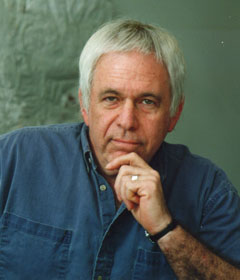 Kane's work explores ways to test and extend the Standard Model of particle physics. In particular, he studies Higgs physics and the Standard Model's supersymmetric extension and cosmology, with a focus on relating theory and experiment. Recently, he has emphasized integrating these topics with string theory.

In addition to many research papers, he has written two popular level books: "The Particle Garden" (Perseus Publishing, 1996) and "Supersymmetry: Unveiling the Ultimate Laws of Nature" (Perseus Publishing, 2000). He has also written "Modern Elementary Particle Physics (Addison-Wesley, 1988) (a presentation of the Standard Model of particle physics for physicists), "The Higgs Hunter's Guide" (Westview Press, 2001), and edited two volumes for World Scientific Publishing ("Perspectives on Higgs Physics" and "Perspectives on Supersymmetry").

"Gordy", as he is affectionately known, devotes his spare time to understanding the history of ideas, and the effects of science and society on each other.

Here are some samples of quotes from reviews of his popular books:

"Kane elegantly makes the case for a theory that, if confirmed, could alter our understanding of how matter works" --- Discover

"A small masterpiece that deserves a very wide audience, from non-scientists with an inquiring mind to professionals in the subject making their work more accessible to others" --- Physics World

"The Particle Garden" is the clearest survey of particle physics, including the theory, its experimental foundations, its relations to cosmology and astrophysics, and its future. Known as an excellent expositor of physics, Kane has marshaled his research and teaching experience to make this daunting subject understandable to all readers.

From Publishers Weekly Physicists have, for years, used something called the "standard model" to explain the behavior of elementary particles and of the basic forces that connect them--to generally give "a complete description of how our physical world works." But the model also creates questions it can't answer: why are we made of matter and not antimatter? And why is there more gravity in the universe than all the objects we know about can produce? Kane, who teaches physics at the University of Michigan, explained the standard model in his first book for non-scientists, The Particle Garden; in this very readable follow-up, he shows how something else--"supersymmetry"--might answer the questions the standard model can't. He begins his careful map of difficult territory with an explanation of very basic terms like "particle," "equation," "structure" and "symmetry." Then he surveys what supersymmetry does: it interacts intriguingly, for example, with the recent, also speculative--but better publicized--superstring theory, and it's just now becoming testable in the newest, snazziest particle accelerators. Kane also devotes one chapter to "Testing Supersymmetry Experimentally," and another to its implications for questions about the cosmos: "Can We Really Understand the Origin of the Universe?" Equipped with his remarkable gifts for turning abstruse concepts and hard math into good English prose, he's careful to differentiate between accepted theories, currently testable hypotheses and speculations. A compact glossary gives easy access to quick definitions: many readers will need it. The same readers will probably be grateful for Kane's sophisticated, accessible guide to one of the frontiers of physics. Copyright 2000 Reed Business Information, Inc.

In addition to his two popular books, Kane has written numerous popular and semi-popular level articles. These can be viewed here

This lecture was sponsored by the High Energy Frontier Theory Initiative and the UC Davis Physics Department. Call 530-752-4086 for more information.