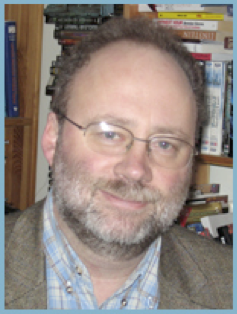 In 2010 the world's largest atom smasher, the Large Hadron Collider, started its operation at CERN, Geneva, Switzerland. In the 27 km ring, proton-proton collisions at the highest energies ever reached in the laboratory have been produced and recorded by gigantic experiments. These collisions allow us to reach the conditions of the early Universe, less than a billionth of a second after the Big Bang. Experiments at the Large Hadron Collider search for new particles and new phenomena that could be present at this early time in the Universe. This lecture will introduce the Large Hadron Collider machine, its main experiments and science teams, and give an overview of the most recent scientific results, including the discovery of the so called Higgs boson in 2012.

Prof. Dr. Albert De Roeck is a senior research scientist and staff member of the largest particle physics laboratory in the world, CERN, located near Geneva, Switzerland. CERN is the home of the new particle accelerator: the Large Hadron Collider (LHC). De Roeck is also a professor at the University of Antwerp (Belgium) and a visiting professor at the Institute of Particle Physics and Phenomenology in Durham (UK) , University of California Davis and the British University in Cairo (Egypt). He obtained his PhD at the university of Antwerp on an experiment at CERN, studying the multi-particle dynamics in hadron-hadron interactions, by colliding meson beams on protons and nuclear targets. After his PhD, De Roeck spent 10 years at the German particle physics laboratory, DESY, where he and his team made very precise measurements of the quark and gluon structure of the proton, and performed precise tests of the strong force. At the end of the 90's his interest turned to the possibility to discover new physics at future particle colliders, in particular Supersymmetry and Extra Dimensions, and he returned to CERN. He first joined an experiment at the large electron-positron collider LEP, studying the strong force and searching for signals of new physics. During the last ten years, he played a significant role in the preparation of one of the experiments at the LHC: the Compact Muon Solenoid (CMS). De Roeck is one the leaders in the CMS physics program and actively involved in physics analyses. De Roeck was also the deputy spokesperson of the experiment in 2010 and 2011, and he was the convener of the Higgs search physics group during the last two years, and had a leading role in the discovery of that particle in July 2012 in the CMS experimernt. He regularly gives seminars and lectures all over the world on the physics potential and results of the LHC project, and appears regularly in Television or Radio programs. In 2010 Prof. De Roeck got a doctor honoris causa degree from the University of Helsinki, Finland. Co-author of about 1000 scientific papers, as an experimentalist he also has also been collaborating closely with leading theorists of the field.

slides from the talk

This lecture was sponsored by the High Energy Theory Group and the UC Davis Physics Deptartment.