The Coming Revolutions in Fundamental Physics 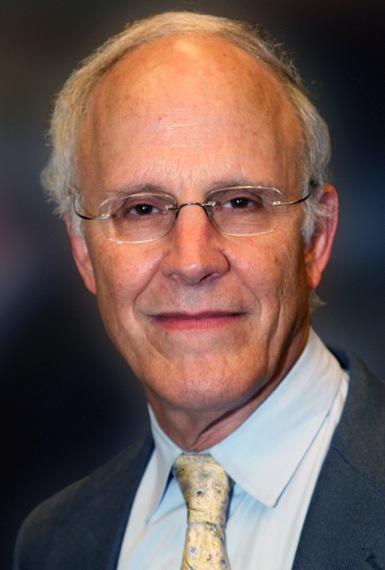 Current questions in elementary particle physics and the state of string theory are the subjects of this High Energy Frontier Theory Initiative (HEFTI) lecture by David Gross.

"The Coming Revolutions in Fundamental Physics" will review "the present state of knowledge in elementary particle physics and the questions that we are currently addressing," said Gross. "I discuss the experimental revolutions that might occur at the Large Hadron Collider, soon to be finished at CERN."

Not only will Gross approach the possibilities of big science at the LHC, he also will review the state of string theory. "The necessity to go beyond the standard model of particle physics and to understand quantum gravity has led to this ambitious attempt to unify all the forces of nature and all forms of matter as different vibrations of a string-like object," he said.

In 1973, working with Frank Wilczek at Princeton University, Gross discovered asymptotic freedom, which holds that the closer quarks are to each other, the less the strong interaction (or color charge) between them; when quarks are in extreme proximity, the nuclear force between them is so weak that they behave almost as free particles. In 2004, Gross was awarded the Nobel Prize in Physics for his discovery of asymptotic freedom, along with Frank Wilczek and David Politzer.

This event was sponsored by the High Energy Frontier Theory Initiative and the UC Davis Physics Department.