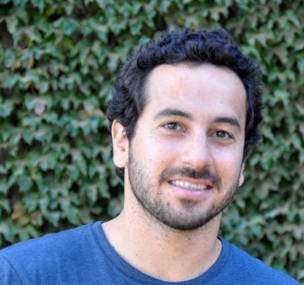 Along with collaborators Tim Koslowski and Sean Gryb of Perimeter Institute (at the time), I developed a very different formulation of general relativity. In truth, it is not only a different formulation, but a different theory, as it only matches general relativity for a given family of spacetimes. Shape Dynamics is a metric theory of gravity, but formulated as a gauge theory of spatial diffeomporphisms and local spatial conformal transformations.

The formulation of general relativity as ``shape dynamics'' is less than two years old, and it is early to say where this program will lead. In the past, however, such reformulations have often suggested new questions, and led to fruitful new approaches to old questions as well. Among the areas we plan to investigate are:

Asymptotically de Sitter spaces: If dark energy is a cosmological constant, we are living in an asymptotically de Sitter space. There are several indications that shape dynamics is well-adapted to such spaces. We have found a new preferred subgroup of isometries (generalizing the existence of more than one constant mean curvature slice in exact de Sitter space); there is a natural perturbative expansion in inverse powers of the spatial volume; and the Hamilton-Jacobi equation induces an action for three-dimensional gravity that is, at least in some sense, holographic.

Dirac quantization: Because the constraints of local conformal invariance are simpler than those of time reparameterization invariance—the former are first order in functional derivatives, the latter second order—the Dirac approach to quantization is much more straighforward in shape dynamics. There is a price, of course: the shape dynamics Hamiltonian is nonlocal. But there are straightforward systematic approximations that might allow us to make sense of the dynamics, leading to a new approach to quantum gravity.

Anomaly cancellation: One of the successes of String Theory (and the requirement for 10 or 26 dimensions) comes from the cancellation of gauge anomalies. In Shape Dynamics conformal transformations are gauge symmetries, and there is worry that its quantization will produce such anomalies. The worry is presently being shown to be validated, but perhaps not complete. Two independent lines of inquiry seem to be pointing towards a similar anomaly cancellation that happens in String Theory, but without the need for extra dimensions. One is an exact renormalization group approach to gravity, a la Reuter, of the extended Linking theory from which Shape Dynamics arises as a gauge-fixing. The other coming from the realization that the proper BRST treatment of Shape Dynamics possesses a hidden invariance, the symmetries behaving in many ways like a supersymmetry (i.e. they form the same algebra).

Different method of finding solutions of initial data: The usual method of evolving solutions of GR is called “the York method”. It requires one to first find transverse traceless tensors, and then solve the famous York equation. In Shape Dynamics, one indeed has to solve for the York equation, but the restriction to transverse traceless tensors is unnecessary. As finding the transverse tensors requires solving a second order differential equation, Shape Dynamics cuts out one step of the solution process. The conceptual problem of relating such solutions to usual GR would require us to solve remains, and it would require us to solve another such second order equation, which is why this is a somewhat more distant project.